In my previous post, I said I would talk about power politics and (de)colonization and how my initial awe at such an incredible humanitarian feat turned into disappointment with the official ‘development industry’ after experiencing it firsthand.

So, here we are. But where do I begin?

Well, by quoting Einstein, who never said this, “The definition of insanity is doing the same thing over and over again and expecting different results.” Which is what we are being served under the ‘decolonization’ banner by the very hands of the colonial power masters. 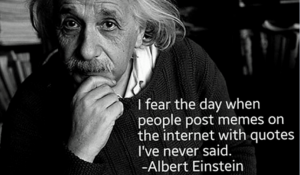 How it all began

A refresher history brief on colonization-globalization-decolonization-digital colonization-surveillance capitalism nexus. It is a mouthful, I know. If you prefer, I could resort to Orwell’s concept of Big Brother, for the sake of brevity and simplicity. The essence is the same.

Let us for a moment remove the ideas of racism, inequality, and other identity issues from the present equation, and focus on the political economy of colonialism. Because, as they say, to understand politics you need to understand economics.

At the time, the European imperial powers with their mercantilist economies, chiefly Great Britain, France, Spain, and Portugal, were seeking new raw materials, new markets for the expansion of their wealth. Trade was seen as one of the key levers of state power. This spurred explorations, the most famous of which was commissioned by the Spanish Queen, remembered in history as the Discovery of the New World.

Fast forward, for the next 400 years, these powers have continued to conquer more territories, and around the time of the Industrial Revolution, the great financial divide was firmly set in place, for the generations to come. Just before the First World War erupted most of the world were colonies.

Fast forward again, it’s the 1940s and World War II (the real reasons for it – you should be able to guess by now) is at the gates, and then over. Europe lies in ruin. The only socialist state in the world at the time, the Soviet Union, played an immensely important role in the defeat of Nazi Germany and had to be given a seat at the decision-making table where the New World Order was in the making.

But, not so fast. The end of WWII also marks the beginning of the ideological divide between the ‘socialist’ block and the ‘capitalist’ block led by the United States, ‘us’ (US/West) and ‘them’ (the rest/South), ‘developed’ and ‘underdeveloped’, ‘human’ and ‘subhuman’.

Not so much because they ‘feared the scourge’ of communism sweeping parts of Europe, as much as to secure own economic and geopolitical interests, the United States comes up with a brilliant Marshall Plan for the reconstruction of war-torn Europe. Few would care to remember that one of the results of the Plan was the Cold War. The World Bank (not its original name) was established to manage the funds, and presto, the neo-colonial project where the US was to take the reins from the hands of the soon former colonial powers Britain, France, and Spain.

Or was it the ‘Invisible Hand’? We shall find out soon enough. 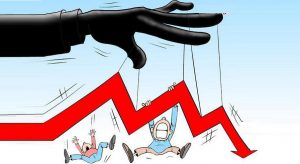 While covertly helping the colonies free themselves from their existing overlords via proxies, the US was working to become the global financial and military superpower, and then global hegemon, in which it eventually succeeded after its chief nemesis the USSR died an inglorious death soon after the Cold War ended.

The rest is history. But here is the main catch. With the financial and military hegemony of the US and its Western allies, the whole world was now up for grabs – and literally so. Market economy and democracy were the buzzwords. Development aid was another, and after it failed to deliver was replaced with the twin-god of ‘globalization’ and ‘trade’.

Except that none of these buzzwords meant what you were told to believe. All of them, if you would accept the naked truth, were and still are, only the tools in the same capitalist toolbox of political-economic warfare. And so are you, dear citizen of the Western democracy, along with your media, academia, and NGOs.

Now, I could go on like this ad nauseam, instead, I will share a few informative videos that buttress these points, and you can take it from there. You can disbelieve, or you can do your own research and thinking.

Here’s a video that nicely and succinctly explains what I was too lazy to put into words. Take a look!

The naked truth is, that our world is owned by literally three or four giant corporations. Unless you’ve studied globalization, you have probably had never heard of them, or if you have, you have not yet connected the dots. Or if you have, you would be taking to the streets somewhere in the world, demanding accountability and responsibility from your governments who have allowed this to happen.

But we don’t have government corruption in the West, do we? This is the domain of the pariah states – I’ll leave the assortment of names to your imagination.

What you have missed is, what Henry Giroux calls, Zombi politics and casino capitalism. You’ve been sold the big lie that ‘capitalism equals democracy.’

So what is the connection with the big corporations and the failure of the development project? Well, by now, I would assume, you have started to connect the dots. Big corporations control the money, and the governments around the world, including the money that flows into the international financial institutions, and by extension, the money that flows into the international and national aid agencies.

The big corporations are the biggest philanthropies. Or that is what the media they also own, together with all the publishing houses and top universities, are telling us.

But, and here’s a big but, take a look at the video below that explains how your biggest philanthropists, are anything but.

Do I even have to mention the scandals surrounding Clinton Foundation, Bill Gates Foundation, and such? However, these scandals are often brushed under the rug, even though in different situations ‘witness testimonies’ would suffice to make a case, if it was the other way round. Recall the false testimonies of the non-existent weapons of mass destruction (WMD) allegedly owned by Saddam Hussein that led the US to unleash hell on Iraq.

Have we ever seen any of the US or British officials yet sit in an International Tribunal for the war crimes they committed in Iraq or Afghanistan or Somalia or? Nope. Their impunity is called ‘installing democracy.’ 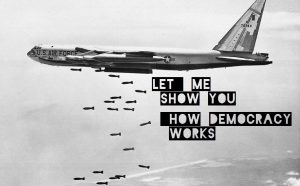 There’s a joke in Africa about these tribunals, and it goes like this – “to be sent to the ICC you need to be either an African or a Serb.”

And while you are at it, tell me, how will you go about wrestling that power away from the plutocrats, who not only control what you eat, wear, own, and think, but also your government, your children, and the future of humanity and our entire planet?

As Chris Hedges reminds us in Class: The Little Word the Elites Want You to Forget,

Once oligarchs seize power, Aristotle wrote, a society must either accept tyranny or choose revolution.

Do you still want me to shake your hand?