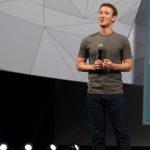 04.10.2021 Facebook’s CEO Mark Zuckerberg has apologised via its social media account after millions of users faced 6 hours of disruption in using Facebook and its family of apps. Within minutes Facebook and Co were inaccessible for hours, taking out vital communications platforms used by billions around the world, showcasing just how dependent the world has become on the US company that is currently under intense scrutiny.

“Not only are Facebook’s services and apps down for the public, its internal tools and communications platforms, including Workplace, are out as well,” New York Times tech reporter Ryan Mac tweeted.

Obviously Facebook employees lost the ‘key to their offices’, they literally could not enter, because their badges weren’t working, they also could not get emails and read instructions how to repair the programmes. During long distance calls, Facebooks IT specialists had to explain how things can be hands-on repaired, because internal communication was disrupted. 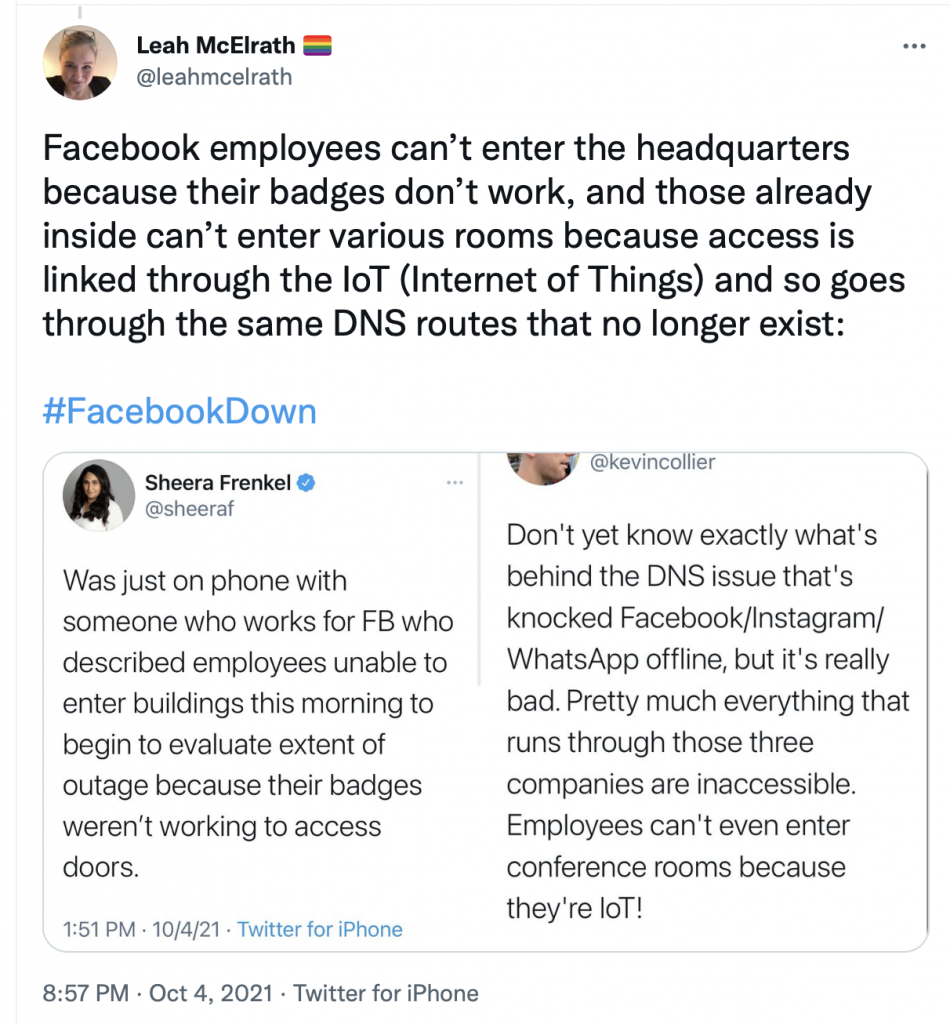 What does that mean for communication in the Global South?

In addition to the Facebook folks themselves, more than 3.5 billion people around the world use Facebook, Instagram, Messenger and WhatsApp to communicate with friends and family, distribute political messaging, and expand their businesses through advertising and outreach. Many people worldwide rely on the apps to conduct their daily lives.‘In some countries, like Myanmar and India, Facebook is synonymous with the internet’, the New York Times reports.

WhatsApp alone has 2 billion active users (according to Facebook) and ist the central communication platform in the global South. WhatsApp is the number 1 platform for private and business communication worldwide. So, imagine your phone and your networks phones would be switched off and nobody would be reachable. Many people went to Twitter and #facebookdown was trending.

For many internet users in the global North, the outage was a minor annoyance.

For the millions of people in the global South, ‘who rely on Facebook’s products to access the internet, including Afghans that already feel abandoned by the international community’s withdrawal in mid-August, the sudden downtime was far more serious,’ MIT Technology Review reports. It has had a huge impact on advocacy and human rights groups, eg. in India, the country with the most Facebook users worldwide with an estimated 340 million users. By contrast,  the USA have an estimated 200 million users.

MIT Technology Review states that this happened by design: ‘For years, Facebook has been working to expand internet access in the developing world—which would also expand its own user base. The company has explored the use of satellites, drones, and radio-linked wireless networks. It has partnered with local telecommunication firms to improve physical internet infrastructure.

In 2013 Facebook launched Internet.org, an initiative that allowed users to access Facebook, and certain other websites, without incurring any data charges. This was part of Mark Zuckerberg’s grand plan to get the world online by providing internet access to the 85% of the world (at the time) that had access to cellular data.

But in 2016, the program (by now renamed Free Basics) was banned by India’s Telecom Regulatory Authority, which claimed that it violated net neutrality. Despite that setback, it has continued to roll out, with less fanfare, to other countries in the developing world. In 2018, Facebook said Internet.org had put 100 million people online. In 2019, FreeBasics was available in 65 countries, around 30 of them in Africa. Last year, the firm began rolling out Facebook Discover, which allows internet users to access low-bandwidth traffic to all websites (not just Facebook properties) even if they’ve run out of data.

Versions of these programs also exist in Afghanistan, where many new internet users equate Facebook, Facebook Messenger, and WhatsApp with the whole internet. Even among those who have broader access to the full web, Facebook’s suite of products play a vital role. WhatsApp calls, for example, have long since replaced more expensive—and less secure—phone calls globally. Around the world, many small businesses rely on Facebook’s tools to sell and advertise their products.

All of this means that even temporary outages have a big effect, both for advocacy organizations, like the ad hoc groups helping Afghans escape the country, and the vulnerable individuals that are already isolated, like the Afghans in hiding, afraid of Taliban retribution, and waiting for news—often via Whatsapp—for updates.

They “are already incredibly fatigued and anxious. Losing connection with each other and with trusted allies in the outside world is… devastating” says Ruchi Kumar, an Istanbul-based Indian journalist (and MIT Technology Review contributor) who is also involved in Afghan evacuation efforts. “A number are on the verge of suicide, given the deaths and violence they’ve been witnessing this past month.” The unexplained outage of their primary channel of communication with the outside world compounded the despair, uncertainty, and feelings of abandonment. Losing a chance for evacuation, meanwhile “is literally life or death.”

It was past midnight for Kumar and Bezhan when Facebook began coming back to life, but even then, some of its functionalities, including search and notifications, were not yet available. Bezhan hadn’t heard back yet about whether she could add that additional name for evacuation.

But she was also concerned that her Afghan friends might be jumping to conclusions about what caused the outage. For weeks since the fall of Kabul, there had been rumors that the Taliban had cut access to the internet. “I bet they are creating rumors and coming up with stories about how the new government is blocking the media,” she says.

They wouldn’t be alone. Responding to similar concerns, a spokesperson for the Democratic Republic of Congo’s ministry of communication—a country known for government-induced Internet shutdowns— took to Twitter to set the record straight: “The internet connection has not been cut,” he wrote at 4:05 p.m. ET. “It is a global blackout crippling WhatsApp, Facebook, and Instagram. Other applications like Twitter are functioning normally. The same goes for the rest of the web.”’